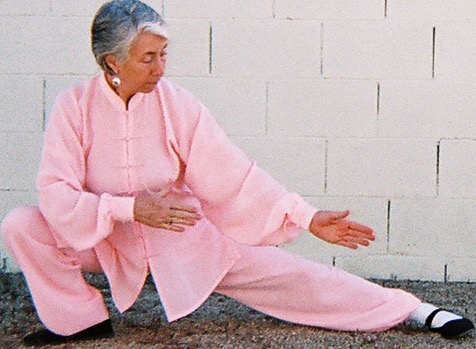 Edna Silva is originally from Quito, Ecuador, a Spanish speaking country in South America. Quito is a modern city at the base of the Andes with high rises as well as preserved colonial buildings, historical churches, and quaint villages with cobblestone roads. It has been called the Florence of South America. The city is a hub for travel to snow covered volcanoes, rain forest, jungle, and the coastal regions of Ecuador.

Edna’s father was invited to work for Shell Oil Company in a country of his choice. At age 7, the family moved to New Orleans, Louisiana where she became fluent in English and adapted to the American culture. Edna completed nursing school in 1965. She spearheaded a group of 6 of her previous classmates to seek employment in the largest military hospital in Europe, the 97th General Hospital in Frankfurt, Germany. The young women had many travel adventures all over Europe and the Middle East. Edna married an Army Officer and lived in Frankfurt for 2 1/2 years.

Edna spent the next 21 years enjoying the natural wonders of Colorado. She worked in the Emergency Department for 7 years. After she had her first child, Edna focused on the childbearing years for herself and the community. She provided childcare for those working in the hospital, taught baby massage, parenting classes, and became a certified childbirth educator.

While working a midnight shift in a 20 bed hospital in the mountains of Colorado, Edna had a realization that the people were there as a result of their lifestyle. She had an epiphany that she wanted to prevent illness and help keep people out of hospitals. In 1988, Edna moved to Tucson, AZ and worked in the Trauma Unit at UMC. One of her colleagues recognized her unique bedside manner. Edna taught breathing techniques to reduce stress, pain and allay patient fears. She was an excellent teacher. She was encouraged to apply for a job in Cardiac Rehabilitation at Pima Heart, the largest Cardiology group in Tucson.

After 3 years at Pima Heart, Edna was key in the creation of “The Reversal Program.” The program was a support group to teach clients how to eat, exercise, and live peacefully to gain heart health. That year, Edna watched the PBS series by Bill Moyers, Healing and the Mind segment The Mystery of Chi. She was inspired by the interview with the legendary Wu Style Tai Chi Martial Artist, Master Ma Yueh Liang. A strong voice within her said, “I am going to study with that man.” Within weeks, Edna met one of Master Ma’s life long students, Dr. Wen Zee, at a lecture he gave at the U of A College of Medicine. He was a retired Cardiologist and Traditional Chinese Medicine doctor. His goals for coming to the U.S. were to educate health care professionals regarding the benefits of Tai Chi and popularize Wu style and publish his book. Edna thought his teachings would benefit all of the healthcare community and campaigned on his behalf to get a visiting scholar visa through support of Pima Heart, Canyon Ranch, and the University of Arizona College of Family and Community Medicine so he could stay for an extended period of time. He gave lectures, taught Chinese Medicine and Tai Chi. Dr. Zee asked Edna to learn Tai Chi and teach along with him. He named her as his successor. Dr. Zee invited her to travel to Shanghai, China to study with Master Ma Yueh Liang, the man she saw on TV, and his wife, Master Wu Ying Hua.

Currently Edna has more than 50 years of nursing experience. She has more than 20 years experience as a Tai Chi instructor and teaches classes 6 days a week. In 2004, Dr. Charles Katzenberg, a preventative cardiologist and medical director of the Reversal Program, co-founded “The Heart Series,” with Edna. This 12 week program given twice a year is supported by the Foundation for Cardiovascular Health, a nonprofit organization dedicated to preventing, halting, and reversing coronary artery disease through comprehensive lifestyle practices.

In 2002 Edna founded “The Tai Chi Center” in Tucson, Arizona. The Center is dedicated to the practice and teaching of Classic Wu style Tai Chi for maintaining good health and a grateful heart. Edna teaches to students of all levels at the Tai Chi Center, Cardiac and Pulmonary Rehab at NMC and at various locations in the community.

You may also use this form